Whether a company succeeds in the market or not, often depends not only on a great product idea, but also on the entrepreneurs’ ability to present this idea to investors – at the right time and in the right way. There are several good practices with regard to pitching. You can even find multiple guides on how to pitch well. Michał Kasprzyk, on the contrary, has an anti-guide for you. So if you want to ruin your pitch, we have great news. In Michał’s article published at Startup Wroclaw you will find 8 ways to do it.
Read the article here

There are many pitch templates out there that you can use with success. There are also plenty of ways to be unique and still share all the same information. 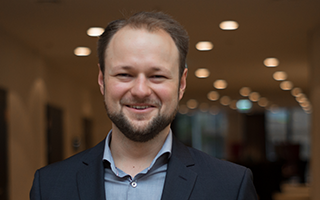 A few days ago you could have read the first five things about public speaking you can learn from Frank Underwood. If you’ve missed the article, you can read it here. And now, without further ado, let’s get back to our list:

The Social Security Act is 80 years old. Frank says that it lived longer than many people it was created to serve and that we should feel lucky if we live the same age. He points out how age affects any person – they are weaker, their youth and vigor are gone and their heart doesn’t beat with the same power as before. And it’s high time to replace this Act with a younger and more vigorous one.

This simple comparison clearly shows what the problem is. We see our elders everyday, we see their problems and struggles with reality – technology being at the forefront.

The art of using simple comparisons was one of the superpowers of Steve Jobs. When he presented the first iPod, he could have said that it has 8 GBs of memory and share the exact size in millimetres, but it would be uninspiring. Instead, Jobs said that iPod is a thousand songs in your pocket. Brilliant. I know how much a thousand songs is and I know that if it fits into my pocket, it means that it’s small.

Comparisons help the audience confront presented information with the reality they know. They work a bit like dictionaries or encyclopedias.

Thirty two thousand seven hundred eighty one. Long, right? Then why the hell do you read it from your slides? Frank didn’t. He left this number on a flipchart, hanging there for every audience member to see and he simply delivered his talk around it. But this would not be possible, if his flipchart was cluttered with content – then his listeners wouldn’t know which information is he referring to. The same goes for slides – one slide = one information. Avoid bullet points. And if you really have to visualize something as a list – do it graphically.

8. Talk about things that are important and relevant to the audience

Can you imagine a candidate in presidential elections who, during his campaign, talks about what Kim Kardashian wore to a party the previous night? Nope. No, no and nope.

During the eulogy, Frank talks about emotions that affect each and every one of us; in this case – hatred. He then relates it to parents, whose child’s funeral this was. Can you blame people, who has lost a child for a moment of weakness and hatred for God? Every one of Frank’s listeners could probably relate to that.

Positive values, however, are “safer” to use than those negative ones and have as high chance to influence the audience. In front of the library, Frank talked about friendship and he mentioned that he’d spent the previous night with his friends who he hadn’t seen for a long time. He emphasized (metaphorically) that the relationships he’d built back then, were the most important element of that part of his life. He then told the story of how his life looked like when he was the same age as his audience and this had a big influence on them.

Remember that what you are talking about has to be relevant to your audience and has to be important. Aim at changing the lives of your listeners even in the smallest ways.

The story doesn’t have to be long and yet again – it’s best if the audience can relate to it (see point no. 8). Frank tells a story of how he held a conversation with a young lady named Gloria who, even though had finished Iowa State University, couldn’t find a job. Unfortunately he doesn’t finish this story (no spoilers!), but we can imagine how he lists reasons for Gloria being unemployed and what he plans to do to help people like her.

In the eulogy Frank mentions that his father died at the age of 43 and shares how painful this was for him. Then at the metalevel, he tells the TV series viewers that this story is actually fake, but what really happened wouldn’t make the point in the eulogy.

And here comes the controversy. Can you lie to your audience? No. But… but I think that you are allowed for some inaccuracy if it helps you reach the goal of the speech. I’m talking for example about telling a story without giving a clear indication of who the hero is and making the audience come up with it themselves. In some cases they might think that this was your story; or exaggerating some bits of your story, just like Frank did. You have to be absolutely sure that noone is going to see through it, because you will loose all your credibility in an instant. So it’s actually safer not to use this technique. Better safe than sorry.

People from the dawn of time tell stories to each other. Before the invention of writing, stories were the main medium of sharing knowledge and if you look at it from a certain angle – it still is. Just think about it – why video blogs are so successful? Why YouTube (among others) has such a big traffic? (and I’m not talking about cat videos here!)

Remember that the story itself doesn’t have to be connected to the topic, but it has to have a moral that supports the goal of your speech.

10. Invite another speaker to the stage

When talking about the costs of the Social Security Programme, Frank invited his coworker to speak. Remy presented the results of a poll he conducted before. However short, his presentation showed that Frank is ready to give someone else the voice, someone who has done certain work. It’s a form of reward. He could have presented this short bit himself, but he allowed for a break in his dynamic speech and let someone else do it for him.

A person who was great at introducing guests on his stage was (again) Steve Jobs. Jobs was a visionary who was remarkable at presenting his vision and products. He was an expert in some topics but he knew the value of inviting other experts to share the presentations with him, like Jony Ive who talked about how he overlooked Apple creating a computer made of a single piece of aluminum.

By introducing other speakers to the stage, you will not only get their sympathy, but audience’s as well.

Here they are. Ten things about public speaking that you can learn from Frank Underwood. The character is fictitious and his words written by a scriptwriter, but these tips will really help you with your presentation skills. And when you’ll be watching another TV series, a movie or a play – pay close attention to what you can learn from its characters. Maybe you’ll be able to use this knowledge in your next speech, because when you’ll be entering the stage, you’ll have to keep in mind that the audience will have no mercy for you. You’ll have to be the hunter – the good speaker. And I wish you that.